Everyone on Earth has suffered Trauma of one kind or another – it goes with the territory, literally – the ‘terre’ or the ‘terra’ that is Planet Earth – as we forge the paths of our lives in this beautiful dimension where so much fear has soaked her long-suffering body, and ours! Emotional intelligence grows and deepens, though, as the root causes of our individual wounds and trauma are understood and the effects are dissolved through the frequency healing brought about by the grace of Divine Light. If you suffer constant tiredness, or wonder why certain painful emotions keep on re-surfacing and cycles repeat, there is almost surely some level of unresolved trauma that lurks within your unconscious realms, but the potent mix of understanding, emotional clearance and deep-acting energy frequencies that Metatron offers will radically shift your energy settings and restore your vitality and health.

“So much has continued to happen for me on so many levels and I have been meaning to share with you the extraordinary outcome of the work you and Metatron did with me through the Deep Change personal sessions. The 8th anniversary of my daughter’s death occurred on August 29th and this time of year always has brought forth the vivid details of that time in our lives including the remembering of each moment leading up to finding out that she had died and taking us through each excruciating moment following.  Reliving the process never felt like an option and I would face the horror each and every year at this time. But I have felt profoundly changed since our sessions (as well as the additional transmissions in the Emotional Rebirthing Seminar).  I know you don’t remember the sessions as you had mentioned before (how could you with so many people!) but Metatron created a beautiful golden pyramid for me to come and find peace and be with Sam.  It is a place for me to return at any time.

Most extraordinary was when we looked at dissolving the cords and the only cord was golden and attached to Sam and me like an umbilical cord.  And the cord in me ended with a beautiful golden fetus that I birthed and handed back to Sam – I was returning that beautiful part of her so that she could be whole.  And her own light was amplified and glorified. The revelation for me on this August 29th was that I do not have to be sad to honor Sam or to remember her.  The sadness moved on when I allowed her to be whole! Perhaps as beautiful has been what is happening in my relationship with my older daughter.  It was like our relationship was stuck (in that spaghetti junction) and although the love for each other was there, we really weren’t able to connect and it was painful.  But now we just are growing by leaps and bounds!  There is no longer any misunderstanding and she has been so appreciative of me as her mother and as her son’s “Gram”!  And she now hears what I am saying to her in love and support for all she does!  Something was lifted!  Wow!  So instead of crying for the loss of my ‘baby’ I have found myself crying in happiness for what has been given back to me with grown-up daughter and friend.  I have been so blessed and am so grateful! Things are changing even in my job!  I am doing more of what I love in working with other nurses to train and educate – and finding the passion I felt that I had lost.  I just feel that an opening is occurring and it is just beginning with so much more to come. Look forward to when we can meet again!  Thank you so much!!” Love, Deb, Albany, NY

“I Feel Completely Renewed and Reborn”

“Thank you! An amazing transmission as well as your teaching and sharing, explaining things, bringing your experiences and the group ones, was so powerful and clear. Everything resonated. It was like opening doors and letting in the light. I feel completely renewed and reborn, full of creative energy and quick and easy in making decisions. Friendlier with people and more forgiving, in fact, as you said, there was nothing to forgive. During the transmission I started feeling waves, actually vibrations of cold and hot energy, fast moving all along my spine. Then the nerves and muscles snapping and shaking as if they had been in tension for a long time. And now I feel like I had a bit too much to drink, shaky legs and can’t hold things in my hands. Fantastic- letting go!” A big hug,  Francesca M, Switzerland

“It is so valuable in hearing other’s stories to realize that I have experienced such similar things to these, yet never recognized them as trauma – just life. After the session I had two experiences where I realized that what I had been worrying /thinking about was not actually the truth at all. I had gone into automatic default mode of “challenging” scenario – not quite worst case – but certainly not an “it’s fine” scenario. Like the underlying ‘not good enough’ theme I realized I had an unconscious ‘something is wrong’ underlying theme and its associated feelings of dread. Using the outbreath – in letting go and trusting life and allowing the Metatronic energies to work with me is a powerful antidote for it. Another thing I am absorbing is this idea of quietly asserting my boundaries by walking away instead of engaging in conflict. Your sharing around that issue in the first session was so instructive. I am just beginning ‘to walk away’ instead of reacting and it feels as though it goes against all my social upbringing. Walking away or not reacting is a huge new learning for me and not yet natural. But as the old story dissolves, I can feel the change coming in.” Valerie B, UK

“I didn’t feel I had any obvious abuse or trauma issues, having done a lot of healing on them previously, but yes they are still there! One insight I had was when you talked about the feeling after someone has abused or attacked you, and you described how your aura had felt like little knives had been stuck in it. I think for me, I’ve felt dizzy, my head’s felt like cotton-wool, and I’ve felt really disconnected from the ground. Also really unsure of myself. I’ve had this same feeling sometimes at work, especially when someone has questioned what I’m saying. As a lawyer, it was my job to give legal advice but sometimes I’d get into this cloudy-headed state and be uncertain about myself and what I was saying, questioning if I was right. Obviously, this didn’t come across well in a professional situation. When I reflected on this later, I usually realised I had been correct but had just lost confidence in myself, which I guess is exactly how my father made me or my mother feel when he was being aggressive or violent (I think I picked up on my mother’s energy or it was the general energy around.) It was also really interesting that you talked about depression as a result of trauma. I have been feeling some recently, but I feel it was some buried feeling that came up to be released. After doing a Metatronic audio meditation yesterday morning, the first one for ages, it feels as if the lower abdomen down to my groin, i.e. the first three chakras, have been clearing.” Shehana G, UK

“I felt a lot of body sensations throughout, lots of pain and release. Many memories that I’ve been trying to forget were coming up, other people’s stories seemed to amplify it. I felt that I was re-reliving my life story and trying to get underneath from different, though still painful angles. The story of the birth of my son still very painful and am stuck about it – I am not responsible just for my life but also for his. More guilt appearing, I should have done something and screamed out loud for a different midwife. I should have made different choices. I should have been a better mother. I should have… The thing that especially stuck with me was when you said that if someone tells us something negative for example that we are stupid, and we believe that we are, we’d react to it. And I recalled situations when I felt I’ve been emotionally abused on some way (even though I could perfectly justify why it was right) until I could go no longer. It felt almost like a battle between light and dark, a bit of everything – energetic spaghetti loosening and straightening, weeping heart, memories of sensations of knifes stuck in the body and aura, sense of clearing and completing something, newly opened old wound that begs to be seen and under-stood, dark bits in the body, light shining, body shaking and releasing, being held in a safe space, mind battling and reasoning, not wanting to see some painful things that are trying to emerge from the dark, allowing things to emerge, recognizing that body has been feeling unwell lately, sense the body looking for attention by getting unwell, letting go, feeling sick, sense of loosing control, sense of asking myself have I ever had control but not wanting to know the answer, trust that things are unfolding as they should be. Later on, came out of meditation suddenly all bunged up with a feeling of a cold just arrived, the need for honey and lemon tea and weekend in bed. Mind slightly delirious. Body exhausted. And the sense that all is well, even the bits that don’t seem so well. Thank you!” Kristina M, UK

“I can see how I have allowed myself in this lifetime to be undermined by different people in different aspects of my life, including work and personal relationships. I am curious to get to the root of this repeating pattern. I am currently recovering from a very undermining and ultimately traumatic relationship with the father of my daughter, whom I met at a time when I was feeling very vulnerable and insecure in a high pressured job as a creative director in the fashion industry. I am finding the more I allow the transmissions from Metatron to move through my being and the less I begin to analyse the more complete the healing and insights. Thank you so much for the deeply inspiring work that you do. I have been profoundly touched and transformed by Metatronic Healing and your loving and insightful presence.” With Love and Light, Joanna T, London UK. 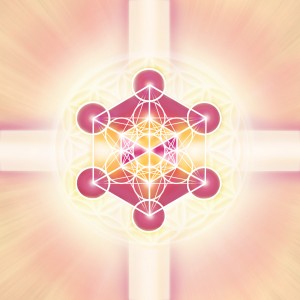